Optical aberrations can effect the quality of vision after LASIK

Early in the history of LASIK eye surgery, a small sub-group of patients complained about the quality of their vision.  Some actually had 20/20 levels of vision but described issues of “vision not being crisp” or “poor contrast”.  Some complained of disturbed night vision: star-bursting or halos around lights.  Out of a desire to solve these patients complaints, the science of wave-front guided LASIK science was born.

A standard LASIK procedure is based solely on a patient’s eyeglass prescription. A wavefront-guided LASIK is a treatment based on all of the eye’s measured optical aberrations. These aberrations are measured with a sophisticated device called a wavefront-analyzer, which essentially takes a “fingerprint” of the eye. This unique “fingerprint” is then recorded and used to correct vision with a sophisticated, computer-controlled laser.

But the use of a wavefront-analyzer to perform LASIK added time and cost to the procedure.  A “shortcut” was developed to reduce time and cost: the wavefront-optimized LASIK procedure.  An “optimized” LASIK procedure was designed to be aberration-neutral, neither creating nor reducing aberrations. The treatment is still based on the refractive prescription in glasses. It does not measure and cannot correct optical aberrations in the eye. 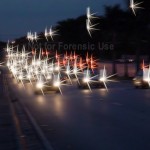 New aberrations created from standard LASIK can cause “starbursting” at night. Wavefront-guided LASIK can minimize or eliminate starbursting.