How Reliable are Your LASIK Information Sources? 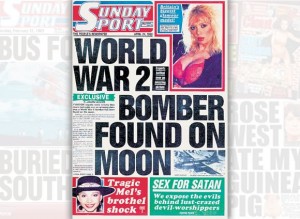 Just because someone said it, doesn’t make it true.

A short time ago, a patient began forwarding information he had gathered on the Internet that he had accumulated in his efforts to become informed on his LASIK options. Specifically he was comparing Z-LASIK vs IntraLase.  The problem was,some of the information he gathered was from a website of a doctor who performed Z-LASIK.  The statements on this particular site were just not true.  One example: that Z-LASIK femtosecond technology prevented such flap complications as button -holed flaps, irregular flaps and free- flaps.  The author of that statement took a fact: IntraLase femtosecond laser flaps eliminates these complications and tried to generalize it to include Z-LASIK.  Z-LASIK is not equivalent technology and the complications can and do occur with Z- LASIK.  Articles have been written about the incidence of these complications.

Another false statement: that the US military has approved Z-LASIK technology and performs this on troops, pilots and astronauts.  This is again an overgeneralization.  As a result of studies using IntraLase technology, the Department of Defense approved LASIK for combat troops and the Navy allows even pilots and astronauts to have LASIK but the only LASIK technology actually performed by the US military is IntraLase.

Taking positive facts about IntraLase and applying to another all-LASIK technology is like taking the fact that an all- wheel drive truck is safer in the snow and ice and then making the conclusion that all pick-up trucks are better in the snow and ice.  For reliable information on LASIK, go to reputable websites like the FDA’s. When a particular claim is made, go to the source of that claim. We have a variety of articles on LASIK technology that patients considering LASIK eye surgery are free to examine.