Most patients appreciate the improved safety afforded by the IntraLase laser in creating the flap during the LASIK procedure. An additional benefit of the latest model of IntraLase laser is the reduction in both severity and duration of dry eyes after LASIK.

Our last blog post discussed the mechanism of dry eye production from LASIK. Dry eye symptoms result from the severing of corneal nerves during the procedure. So how can the iFS minimize dry eye? By limiting the number of severed nerves and promoting quicker healing of the cut nerve fibers. 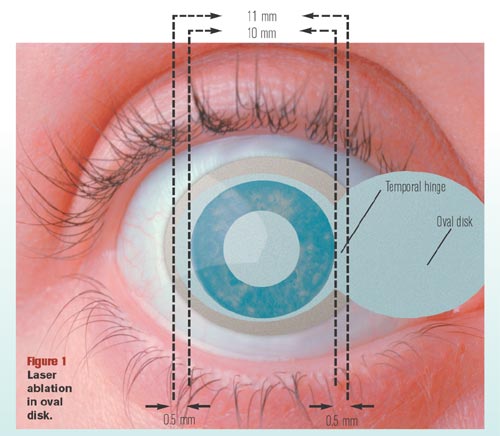 Like all lasers used to create corneal flaps, the iFS has the ability to create very thin flaps which helps to limit the number of cut corneal nerves. The IFS, in addition, has a unique surgical planning dashboard and customization features not available on other lasers. Surgeons using the iFS have the capability to create oval shaped flaps with wider hinges that are just large enough to cover the dilated pupil. This insures that an unnnecessarily large number of nerve fibers are not cut thus minimizing dry eye symptoms.
In additon, the iFS has the ability to create an inverse beveled flap edge assuring near-perfect alignment of the flap. Because the two ends of the cut nerve are apposed closely to each other, the nerve has only a short distance to grow before healing back together.

Thinner smaller flaps and wider hinges minimizes the invasiveness of the LASIK procedure which in turn minimizes the severity and duration of dry eye symptoms from LASIK. Dry eyes often last several weeks after a LASIK procedure and are an almost universal side-effect. If you are concerned about dry eyes and wish to limit its severity choose thin-flap LASIK with the iFS laser. And if you live anywhere near Raleigh NC there’s only one place to get this procedure: the Laser Eye Center of Carolina.